On September 3, the Indy Nation Marching Band will be performing a benefit concert alongside Vic and the Spoils to raise money for their new uniforms.

It has been 13 years since Independence High School was established back in 2004 and their marching band has been wearing the same uniforms all along. Needless to say, they are in desperate need of an upgrade. After a year and a half of hard work, they have reached 78% of their goal! In order to raise the final 22%, musician Vic White has joined forces with Jessica Singley, Vice President of Ways and Means of the Band Boosters. And so, the idea for Rock the Band was born.

The benefit concert will take place on September 3 on the Great Lawn at the Resident’s Center of Westhaven. The Westhaven Foundation will also be supporting their school by matching all donations up to $2,000.

Vic White is the lead singer of his band Vic and the Spoils, as well as Resurrection – A Journey Tribute band. His daughter is a part of the Indy Nation Marching Band. Jessica Singley has been working in the fundraising department of Independence High School for the last three years. Her son, also a Marching Band member, plays tenor saxophone.

Each uniform costs $450. Multiply that by the 80 needed and these students are looking at a total setback of approximately $32,000, with only $7,000 more to go. Vic and the Spoils will be accompanied at the benefit concert by the Indy Nation Marching Band while they perform their original music, as well as fun, widely known hits such as “Don’t Stop Believing” and “Uptown Funk”.

Rock the Band takes place on September 3 at 6pm, but be sure to arrive by 5pm so you can enjoy the food trucks and door prizes! A donation of merely $10 is suggested. 100% of all donations, as well as a portion of the food trucks’ proceeds, will go towards purchasing new uniforms for the entire marching band.

Be sure to invite all your friends and family to this exciting benefit concert and don’t forget to bring lawn chairs and blankets. This is the perfect opportunity to have fun while supporting your community!

If you can’t make it to the benefit concert, but would still like to show your support, visit us here to make an online donation! 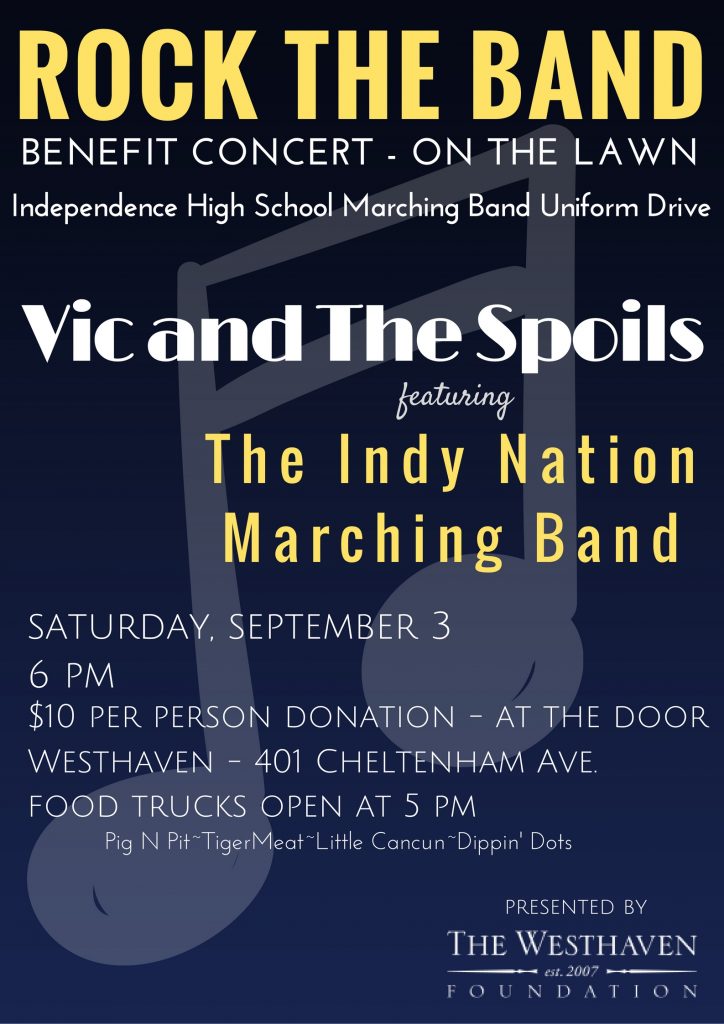 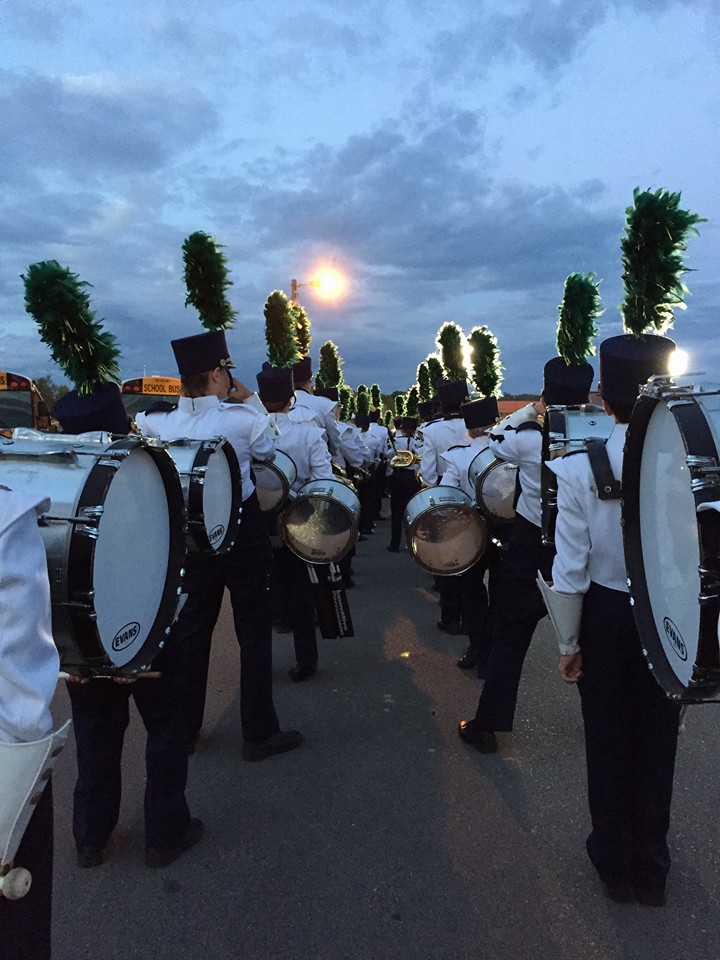